When individuals are released from prison, their options for employment, decent housing, credit and more are severely limited. In the face of these obstacles, committing crimes may seem like a necessity in order to survive. At Volunteers of America Texas, we believe in second chances, and we are committed to helping these individuals to reduce recidivism.

We begin working with individuals while they are in prison, helping them prepare to re-enter the community by building life skills and overcoming problems with addiction.

Click here for a copy of our facility handbook 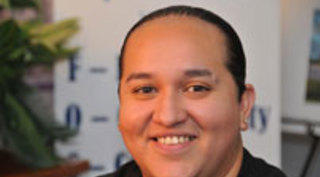 "Had I been sent from prison straight out into the world, I would have been really lost. Volunteers of America Texas has changed my life and turned it around for the better – and for good.”

Volunteers of America Texas complies with the Prison Rape Elimination Act (PREA) of 2003 and has a zero-tolerance stance towards all forms of sexual abuse and sexual harassment. VOATX has extensive policies and procedures in place (in adherence with PREA) that are applicable to residents, staff, volunteers, visitors, and contractors. Our zero-tolerance stance includes education, prevention, detection, and immediate response to incidents.

Anyone wishing to report acts or allegations of sexual abuse or sexual harassment may contact the agency’s PREA Coordinator by phone at 817-529-7368 or by email at prea@voatx.org. Individuals may also report to the Bureau of Prisons directly by writing to:

Volunteers of America Texas has successfully passed a PREA audit of the agency’s Residential Reentry Centers at 800 W. Wintergreen Rd, Hutchins, TX and 2710 Avenue J, Fort Worth, TX, and a PREA audit of our Residential Treatment Center at 4700 S. Riverside Dr, Fort Worth in 2016 and 2019. The audits assess the compliance with the PREA standards for Community Confinement developed by the United States Department of Justice. The standards are available online at the National PREA Resource Center http://www.preresourcecenter.org

In addition, Volunteers of America Texas completes annual PREA Reports which can be viewed via the links below: